SODIUM DIACETATE (diacetato de sodio, natriumdiacetat) has long been used as a food additive. However, over the past several years, it has been the subject of increased global research. Data gathered by governmental, academic and private sector studies have provided evidence of its efficacy as an inhibitor of L. monocytogenes and C. botulinum in meat and poultry products.

Sodium Diacetate is a free flowing, dust free and readily available source of Acetic acid , the acid familiar to the housewives. Its crystals have free acetic acid firmly held into the crystal lattice of neutral sodium acetate, thereby masking the sharp odour of Acetic acid. This helps in preserving the material without affecting its natural odour.

Sodium Di acetate (E262) provides a solid source of acetic acid for use in dry products.

Other Products in 'Industrial Chemicals' category 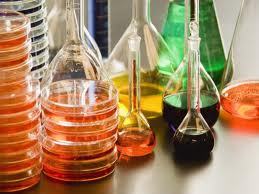